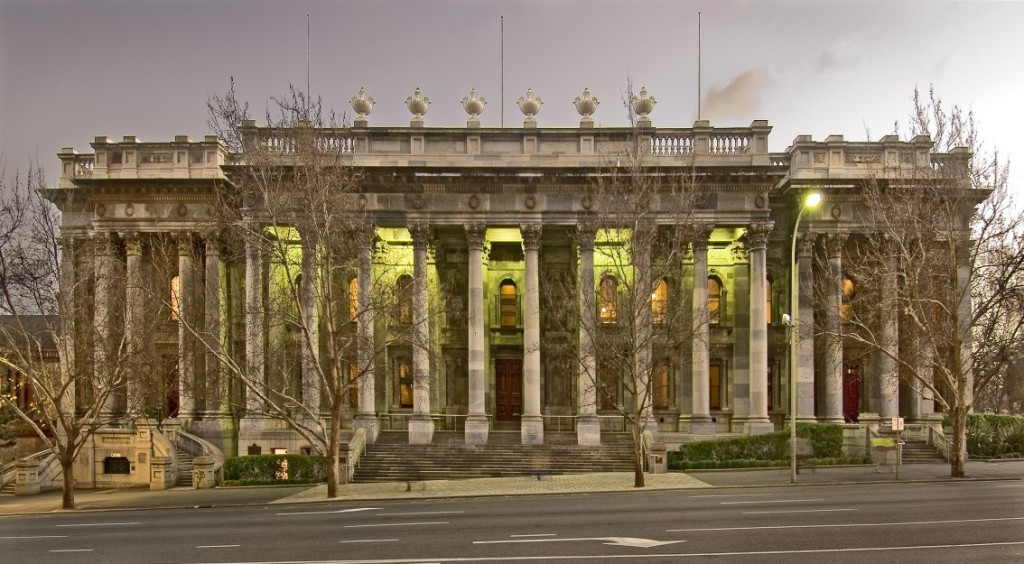 Student debates are available on non-sitting days only.

On a non-sitting day the Members of Parliament are not using the House of Assembly and Legislative Council chambers, allowing the students to sit in the seats in the chambers.

Students participate in a 45 minute Parliamentary style debate in the House of Assembly chamber.  The debate is facilitated by their local Member of State Parliament.  Students can use pre-prepared debate cards from class, or use scripted materials available at Parliament.  Students taking the role of Speaker, Clerk and Serjeant-at-Arms are provided with wigs, robes and a replica Mace.

If your booking is for a debate only, it is recommended that students be in at least year 5 or above AND towards the end of their civics & citizenship unit. It is helpful if students already know:

If a debate booking is in conjunction with a Parliament Tour – Non-Sitting Day, it is recommended that students have a basic understanding of the three levels of government and the separation of powers.

ALL school visits must be booked in advance.

Programs may be booked individually or in the following combinations:

Find the state electorate that your school falls within

Don’t know your school’s electorate? Go to the Electoral Commission of SA’s website and try the Interactive Boundaries Map.

It is recommended that you have a selection of dates and times to present to the electorate office to work around the Member’s availability.

Booking instructions for Question Time Viewing only (no tour):

Please consider whether a sitting day or a non-sitting day is best for your class – the sitting calendar is available on the Parliament of SA’s website.

Water bottles are the only item permitted on school tours